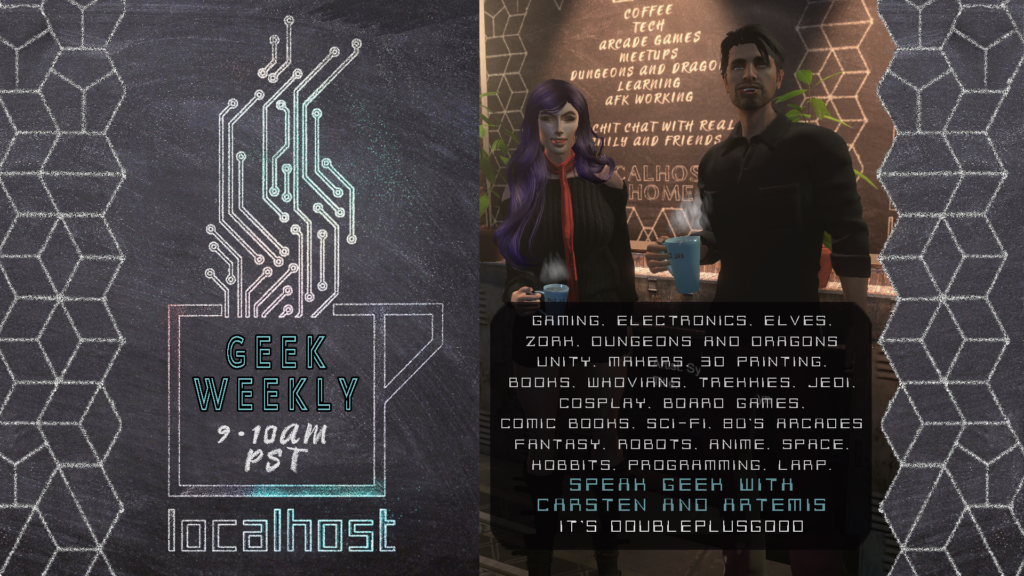 This week we live streamed our meeting on YouTube for people who may be having audio issues, and also to have as a recap for anyone who couldn’t make it. Check it out:

We followed the general outline below…

State of the viewer:
Current staging viewer is 2b50… More bugfixes.

Show and Tell:
What are people working on? Doesn’t have to be SS related. Realworld or virtual. Any cool places you’ve discovered here in SS? We discovered you can wake google assistant by saying “hey goauld”.

Future events:
Book club, first book to be “We Are Legion (We Are Bob)”. We’re going to meet here at localhost, on the last Friday of every month at 7pm PST. Link to Goodreads page for “We Are Legion”: https://www.goodreads.com/book/show/32109569-we-are-legion-we-are-bob